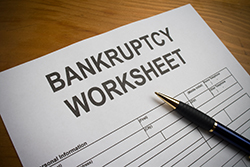 John S. Bartlett is a sole practitioner in Carson City, Nevada with an emphasis in representing clients on federal, state and local tax matters as well as debtors in bankruptcy. Before opening his practice, he was a Senior Deputy Attorney General in the Nevada Attorney General Office representing the Nevada tax Commission, Nevada Department of Taxation and the state board of Equalization for 12 years. Mr. Bartlett has litigated numerous state and local tax matters before administrative tribunals, state and federal courts. He has participated in the drafting of numerous statutes and regulations on tax matters in Nevada. Mr. Bartlett has also participated in a number of tax panels and seminars over the past 20 years.

After receiving his J.D. from McGeorge School of Law, John S. Bartlett was admitted to practice law under the State Bar of California in 1981, and the State Bar of Nevada in 1984. He is also a member of the Washoe County Bar Associations and a Phi Delta Phi graduate. Having previously served as the secretary of the Pacific International Law Society in 1981, Mr. Bartlett was also a contributing author to the 1981 Comparative Law Yearbook with his work, “Recent Developments in Private International Law.” He also has writing credits for the American Indian Deskbook in 1993, the State Tax Note, and the Baedeker State Tax Note. His extensive legal experience in addition to his time as the Senior Deputy Attorney General from 1987 to 1999 has prepared him to practice the law through his own firm.

The Law Offices of John S. Bartlett represent clients in a variety of cases. With a specialty in bankruptcy and taxation law, Mr. Bartlett is also ready to work with a selection of other legal matters. Call today or contact us online to schedule a consultation.

Other practice areas include: